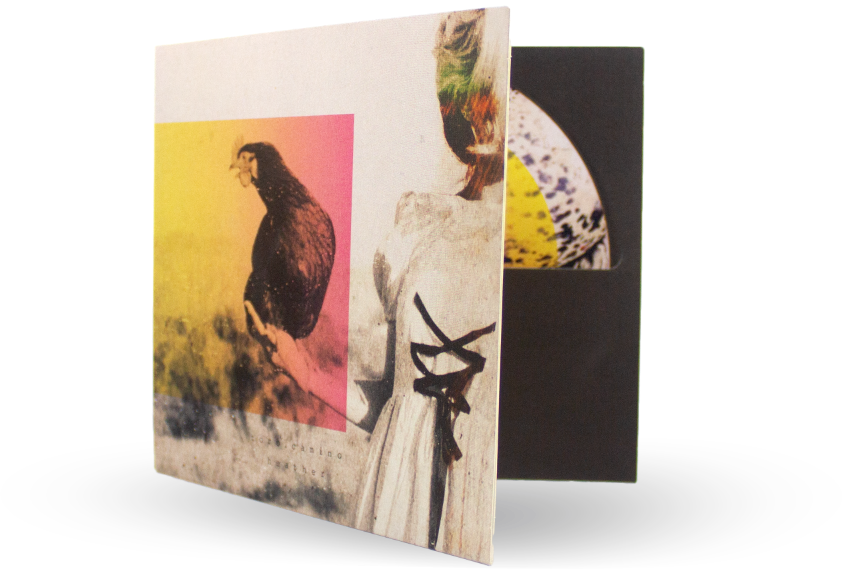 Browse through the pictures and get inspired. Which product suits you best and what specifications does it have? After all, you want your production to look exactly as you imagined it. 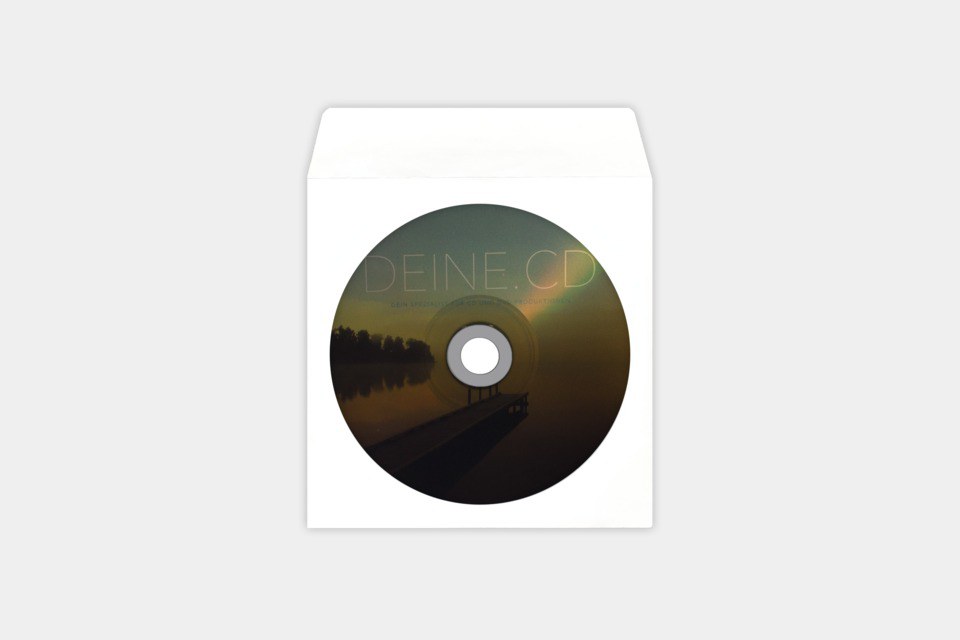 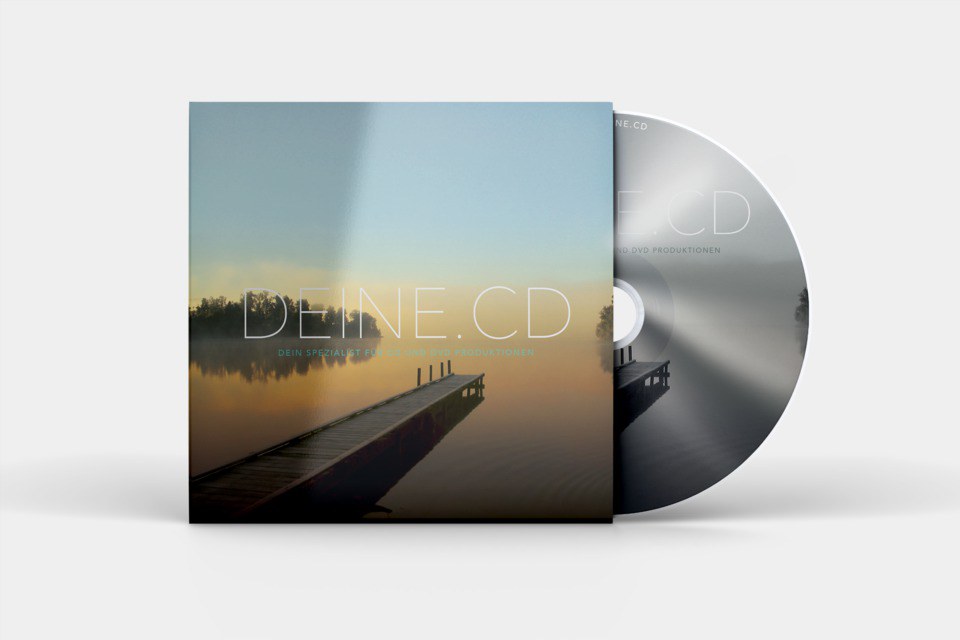 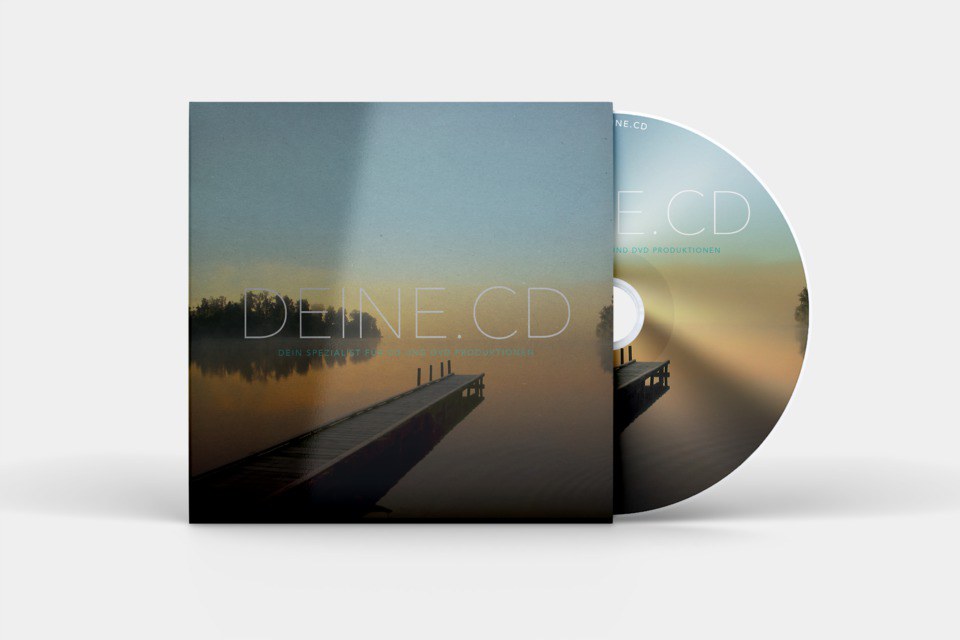 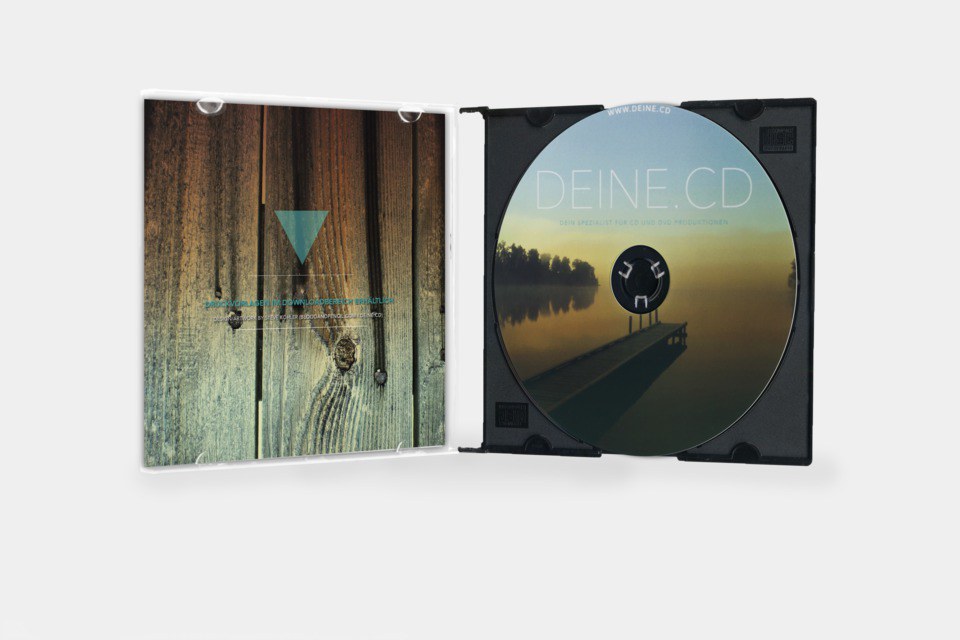 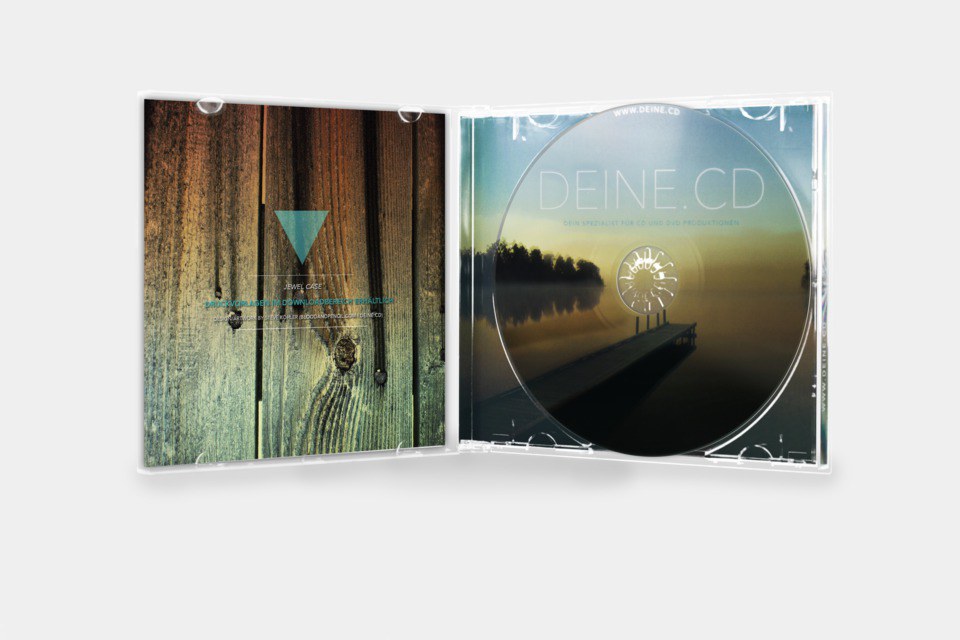 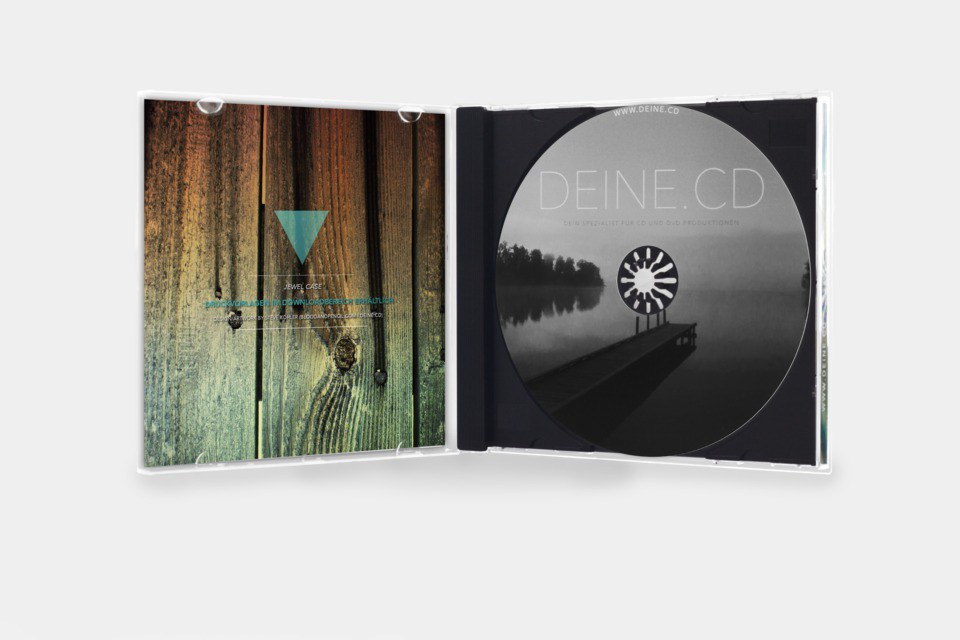 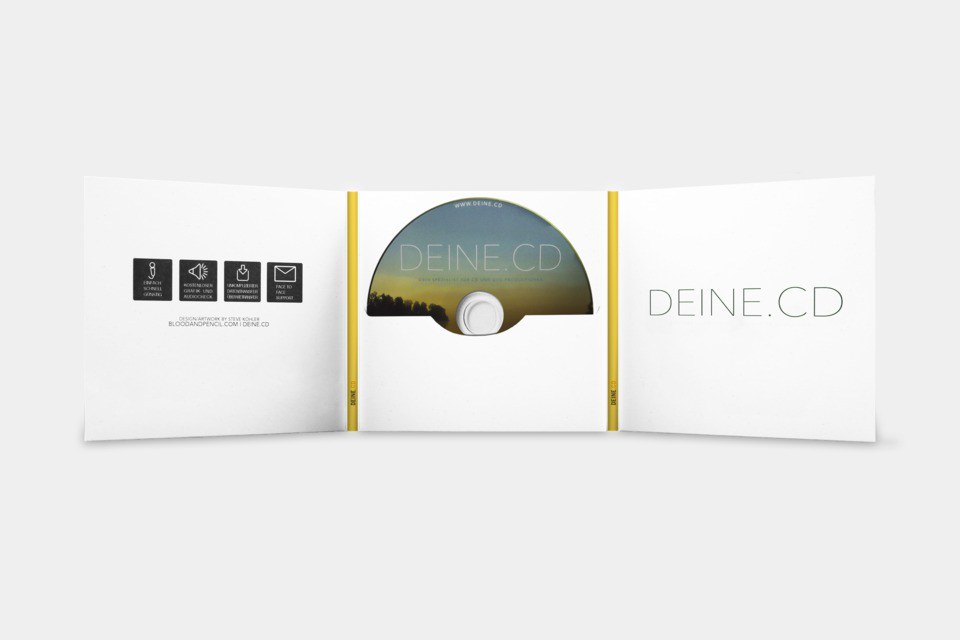 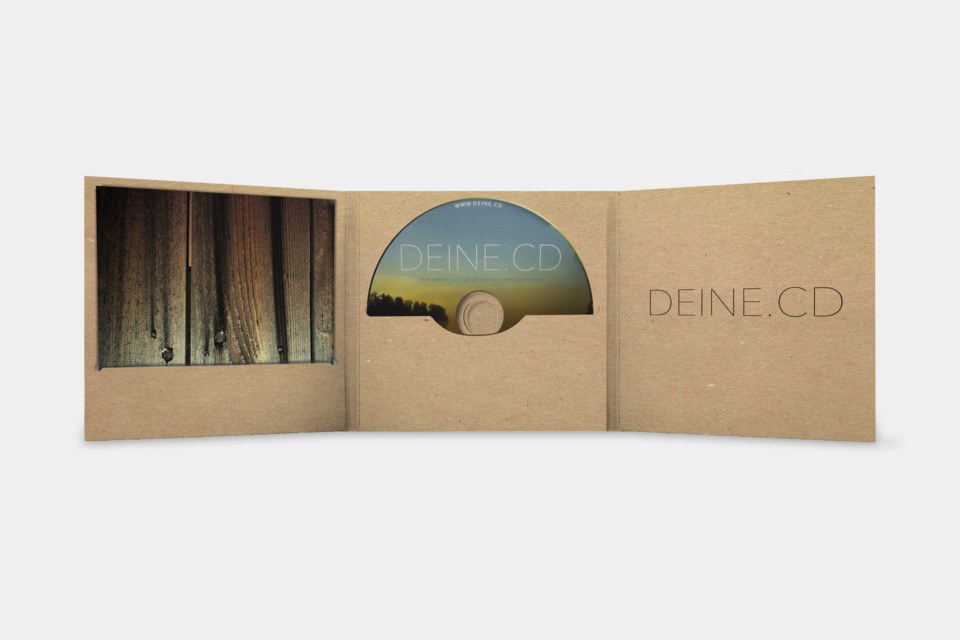 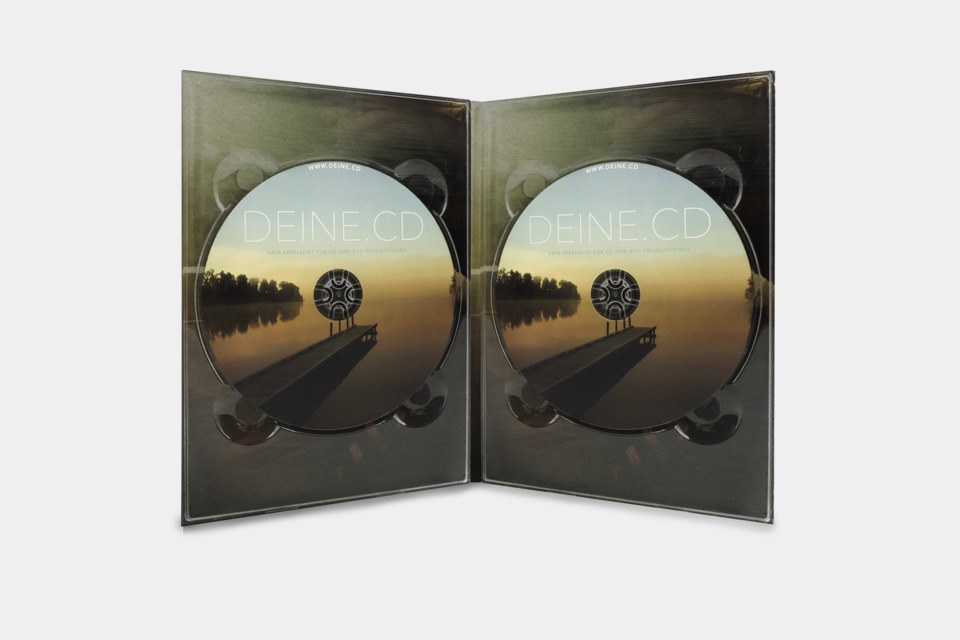 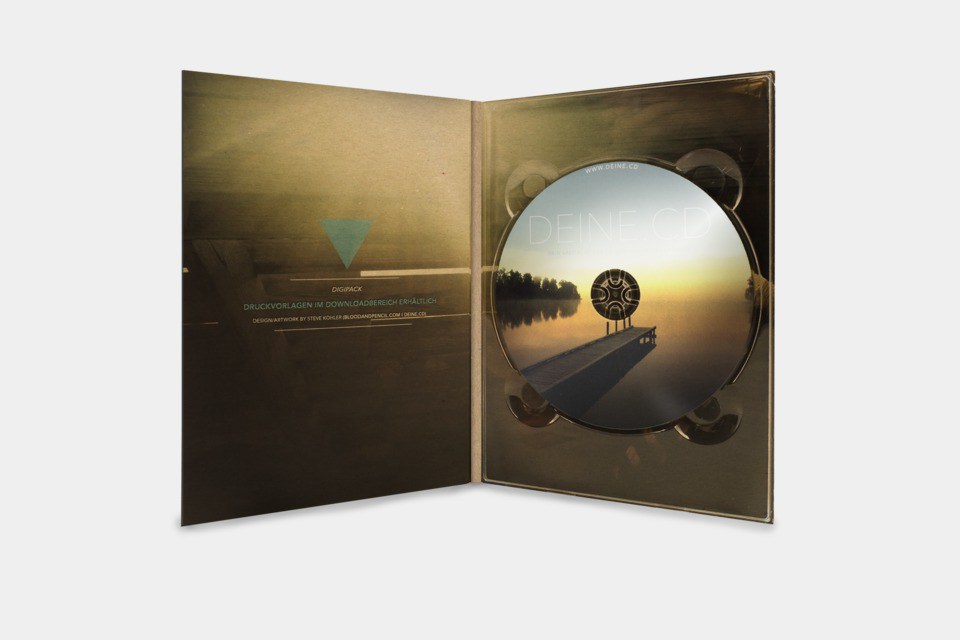 Can I have my CD pressed or also burned? Do I always have to report to GEMA after I have had a CD pressed? Will the CDs be ready in time for the release concert? We’ll be happy to answer these and other questions about production here. And if something is still unclear, please contact us by phone or send us an email.

You come from Berlin? Then we have something in common – we do too!

While our production now takes place further out in Pankow, our mastering studio is very centrally located: on the border of Friedrichshain and Kreuzberg, at the Oberbaumbrücke at Universal Music.

This gives you the chance to take a close look at the place where what you’ve been composing, writing, recording and mixing for so long would be produced. And, of course, to get to know the people – that is, us.

After all, it’s not about anything, but about your work! You can also see and hold in your hands many of the productions we have already produced. And if you have questions about GEMA, labelcode, graphics or mastering, you can ask us right away.

But a visit to us is not only good to get an impression of us – here in Berlin it’s very international, and if you don’t live in Germany, maybe you’re just here on tour and due to the language topics like GEMA, rights, timing, etc. are unclear, the personal contact is always pleasant and helpful to clarify your questions face to face.

Also practical: you can pick up your CDs yourself. This not only saves money or 2-3 days shipping time, you can also have a look at the CDs right away. If there is a production error, we clarify it immediately on site, you take what you urgently need, leave the rest right there and pick up the new production a few days later. This gives you security, no annoying sending back and forth, no phone calls with unknown people, no uneasy feeling if you are stuck with the stuff.

Last but not least: if you are in a hurry, a saved shipping day is worth its weight in gold. Already this one day difference has saved many artists the release show in the city literally in the last minute.

Also at our office in Münster (Westf.) the doors are always open for you. Make an appointment and come by to see products or talk to us personally.

First of all, we can do both; burn or press any print run. By default, runs up to 200 pieces are burned, everything above that is pressed. But of course there are also reasons to press smaller editions or to burn larger ones!

Larger editions are burned, if a pressing would take too long. Burned CDs are much more flexible.

But where is the difference now?

Visually, there is practically no difference. From below, both are silver, and the thermal retransfer printing on burned CDs is very similar to the offset printing on pressed CDs.

Burned CDs are produced in a fundamentally different way than pressed CDs. As the names suggest, the data is burned onto the CD by a laser, and the other time it is literally pressed into polycarbonate. The biggest difference is the price: while burned CDs can be produced very well in small runs, pressed CDs are more cost effective in larger runs.

With a burned CD, the quality of the blank and the burner play a decisive role. If the highest available quality is used, a burned CD is very durable and works – even if sometimes older CD players cause problems – in every CD ROM drive!

With a pressed CD it plays a big role if high quality polycarbonate is used and the machines are in good condition. If this is not the case, and e.g. the polycarbonate is stretched, playback problems can occur. There have definitely been such cases in the past with suspiciously cheap suppliers.

In short: for small runs or very short-term rush orders, a burned CD is the better choice; for larger runs, a pressed CD. In both cases, of course, with the emphasis on the best possible quality.

How it is: despite a long production process and long preparation time, it’s tight in the end. Release show is planned – only the CDs are still missing. No problem. We are experienced in getting productions done in the shortest possible time. But not all expresses are the same, so here are a few explanations that can save you a lot of money: Talk to us about your dates, so we can organize the most favorable realization.

On location: you are from Berlin? That’s great. Then you save not only shipping costs, but also express shipping costs and one day of time. Often you can completely save an express, which would definitely be due elsewhere. Example: Order on Monday morning and send the data. Friday you can pick up everything from us. No express at all. If you can’t pick up the CDs, we’ll be happy to send them to you by city courier on the day of completion.

Express shipping: Sometimes express shipping is enough to get your CDs safely and on time. It saves 1-2 working days. This express is the cheapest way to save time when you are in a hurry. The surcharge is within limits. Just ask us about it.

Express production: if fast shipping alone is no longer sufficient, express production is also required. The production time varies depending on packaging and edition between 1-4 business days (plus shipping!). This express already costs more extra and can be booked directly in the configurator. Seasonally, even an express can take a little longer; example pre-Christmas. Important: discuss the timing with us as early as possible, so that we know exactly when your CDs must be with you and we can adjust to it.

24h Express: it also works hyper fast. Here the packaging is limited to a jewel case with a small booklet and inlay card. If we have all data and the order in the morning between 8-10 o’clock, the cds can already go in the evening into the dispatch. This express must be requested separately, and costs an extra charge in addition to the normal express.

Sameday across Germany: no way! We will send your CDs on the same day through Germany, if this is necessary for any reason. We have done this many times, but it is quite expensive. A direct courier trip costs between 250-350 EUR plus VAT. From Berlin, for example, the trip to Hamburg takes about 3-4 hours, to NRW about 5-6 hours. This express must also be requested separately.

You are in a hurry and not sure if your CDs will be ready on time? Ask us in the chat, mail us or just call us.

I want to have a CD produced – do I have to become a GEMA member?
In a nutshell: No! You only have to report the production of your CDs to GEMA via the production report. However, this does not make you a member, it is only a notification to GEMA about the number and content of the CDs.

Who is GEMA and what does it do?
GEMA in Germany, SUISA in Switzerland, AKM in Austria, PSR in the UK, BMI in the USA, etc. are authors’ societies and administer the rights of use from copyright. So GEMA does the collection for the artists who are members with it or with similar foreign societies.
This means that GEMA has a right to know what is contained on a CD that is reproduced. Therefore, the production of a CD edition must be reported to GEMA even if the authors are not GEMA members – in other words, always!
Every production must be reported to GEMA!
Does GEMA protect my songs?
No, it only takes care of the collection if you play your songs live, appear on the radio or television or your songs are played there. This is also the reason why a membership is worthwhile: if you play a lot of gigs per year and are also played regularly on radio/TV.

By the way: in Germany you don’t have to protect your songs, that’s already done by law: the copyright.

I want to make music professionally – what should I know about GEMA?
Of course we can’t give any recommendations here. But since we all come from the music business ourselves, we are happy to share our experiences and opinions:

You should know that you are signing a contract that is as flexible as that of a gym!

During your membership you can neither sell your music GEMA-free nor use it. This means, for example, that you have to pay your own GEMA fees for a CD production (but you will get them back months later minus a 15% GEMA processing fee).

There are many ways how you can make your music more known. For example, you can offer your music as a soundtrack – wherever there is moving image, but no budget. The internet is full of films, short films, trailers, teasers, image films, etc. by private persons or students of a film/media university. In addition, there are – from a lively games scene, to a hobby developer scene, to professionals – enough people who need music all the time.
A GEMA membership usually means your immediate ‘out’ in pretty much any of these project areas – even many developers of very well-known computer games only take royalty-free music!

So a premature, not well thought-out GEMA membership is not “professional”, but rather a hindrance, because you close some doors with it, which you won’t get open again so easily.

But: you don’t have to become a GEMA member prophylactically. If you suddenly take off and have a title in the hot rotation of several radio stations, you can still become a GEMA member retroactively at least as of January 1 of the same year, and collect all those royalties (royalties = money you earn through e.g. airplay). In case of doubt – just ask GEMA. They don’t bite 😉

Yes, but when is it worth to be a GEMA member?
Usually you can tell yourself: if you play a lot of gigs a year or if a song is played regularly on the radio or streamed thousands of times on spotify – then it’s obvious that a membership might be worth it.

Beyond that: if you sign a record deal or a publishing deal, you’re guaranteed to be approached about it. At that point, it’s probably clear how you’re going to market your music and you don’t have to keep all the doors open as described above. 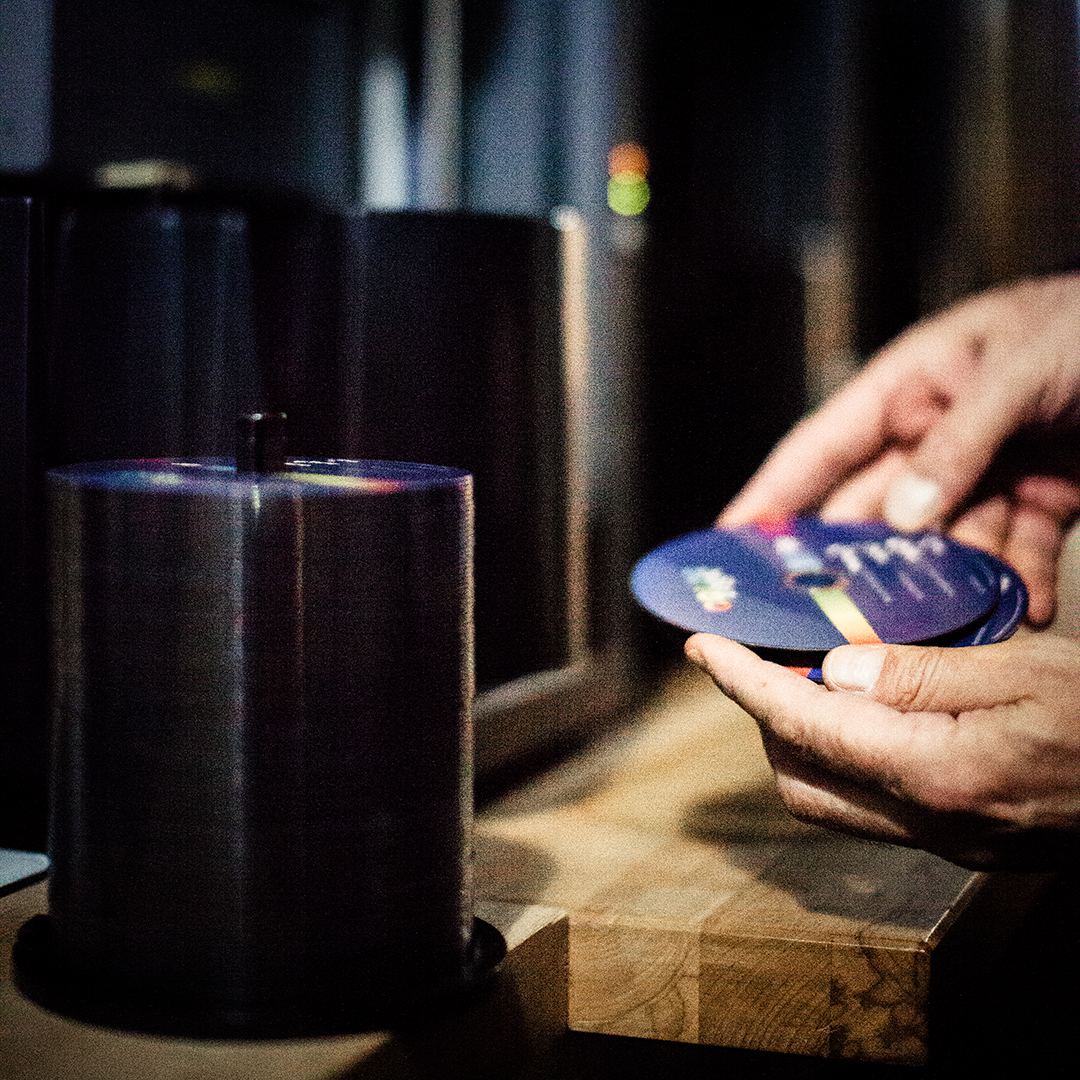 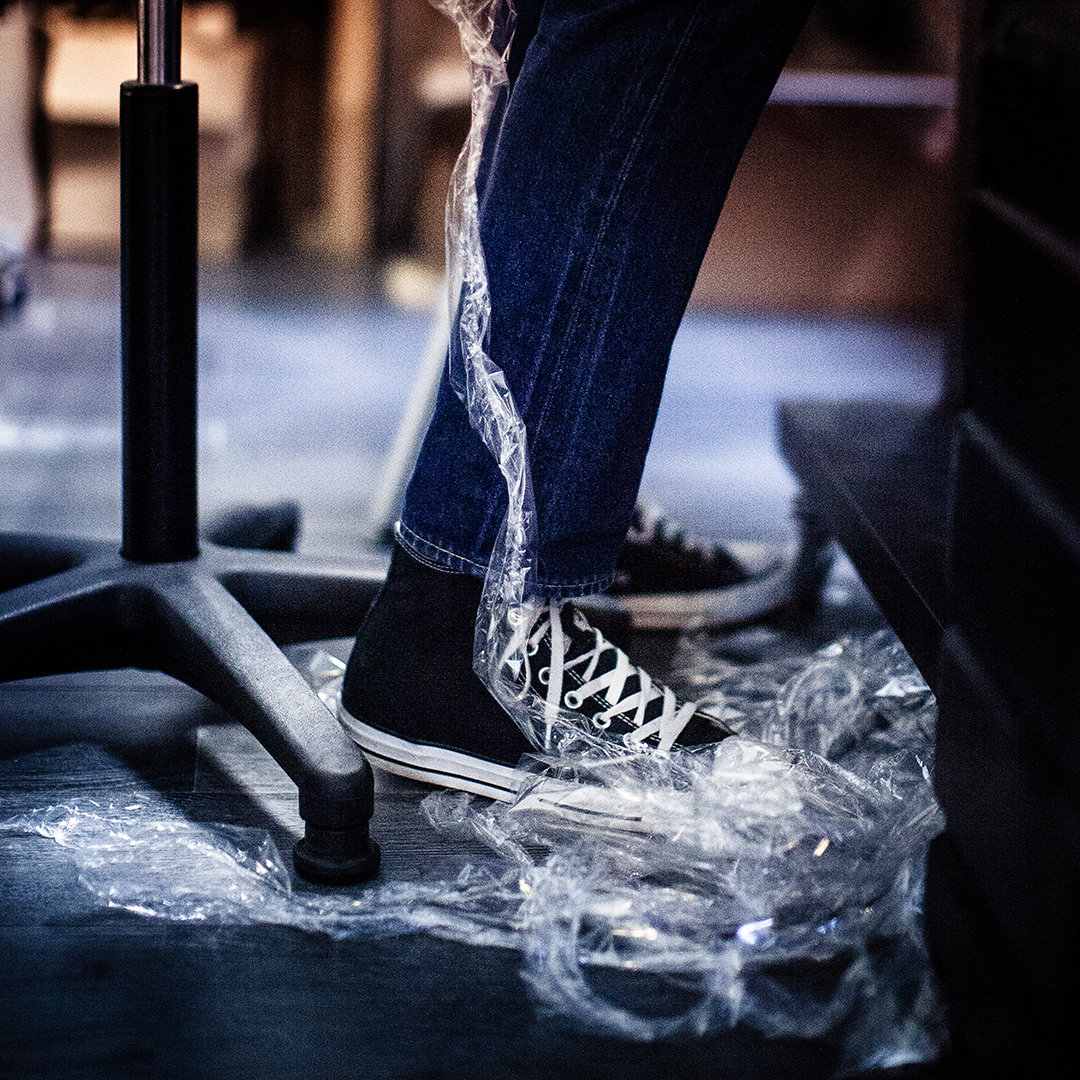 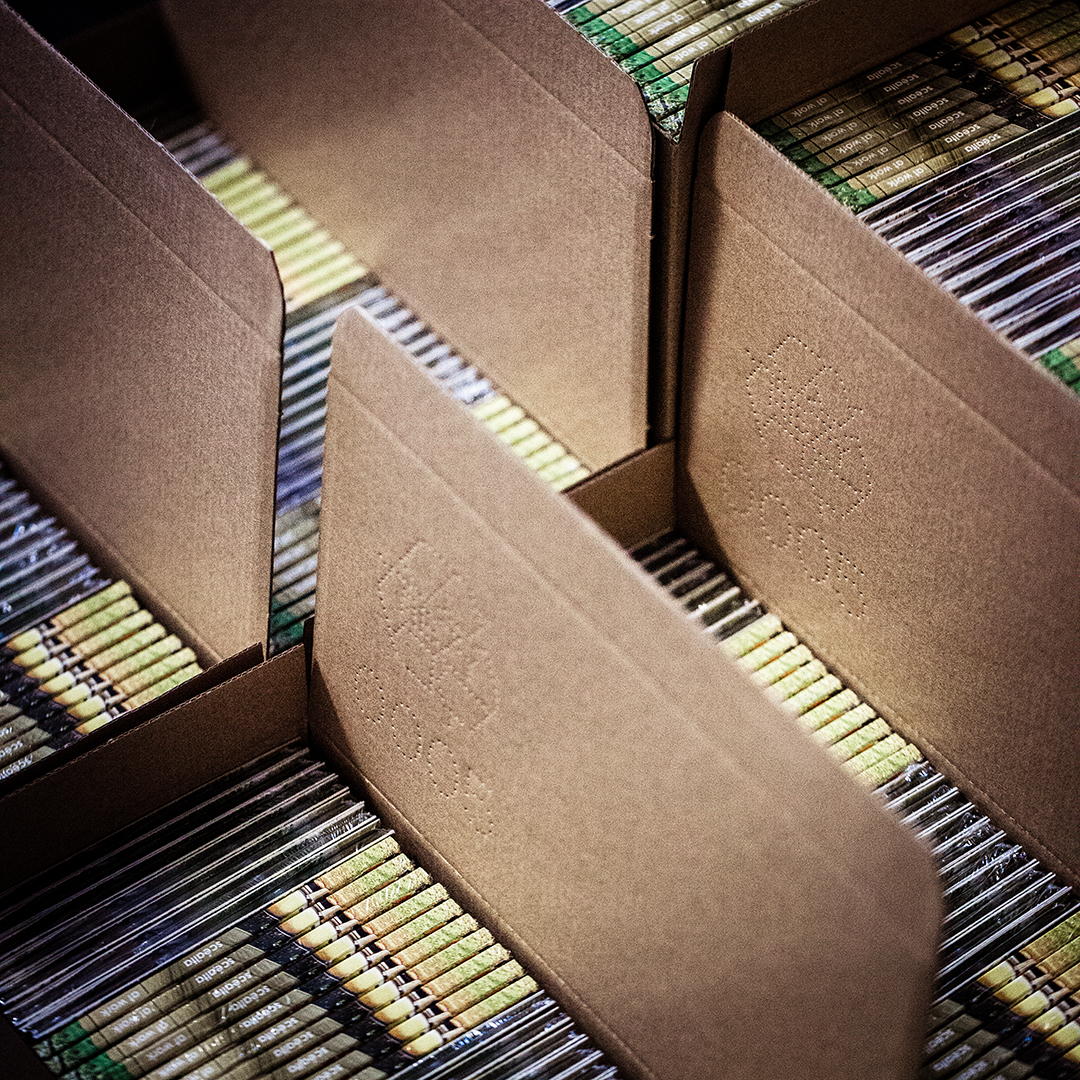 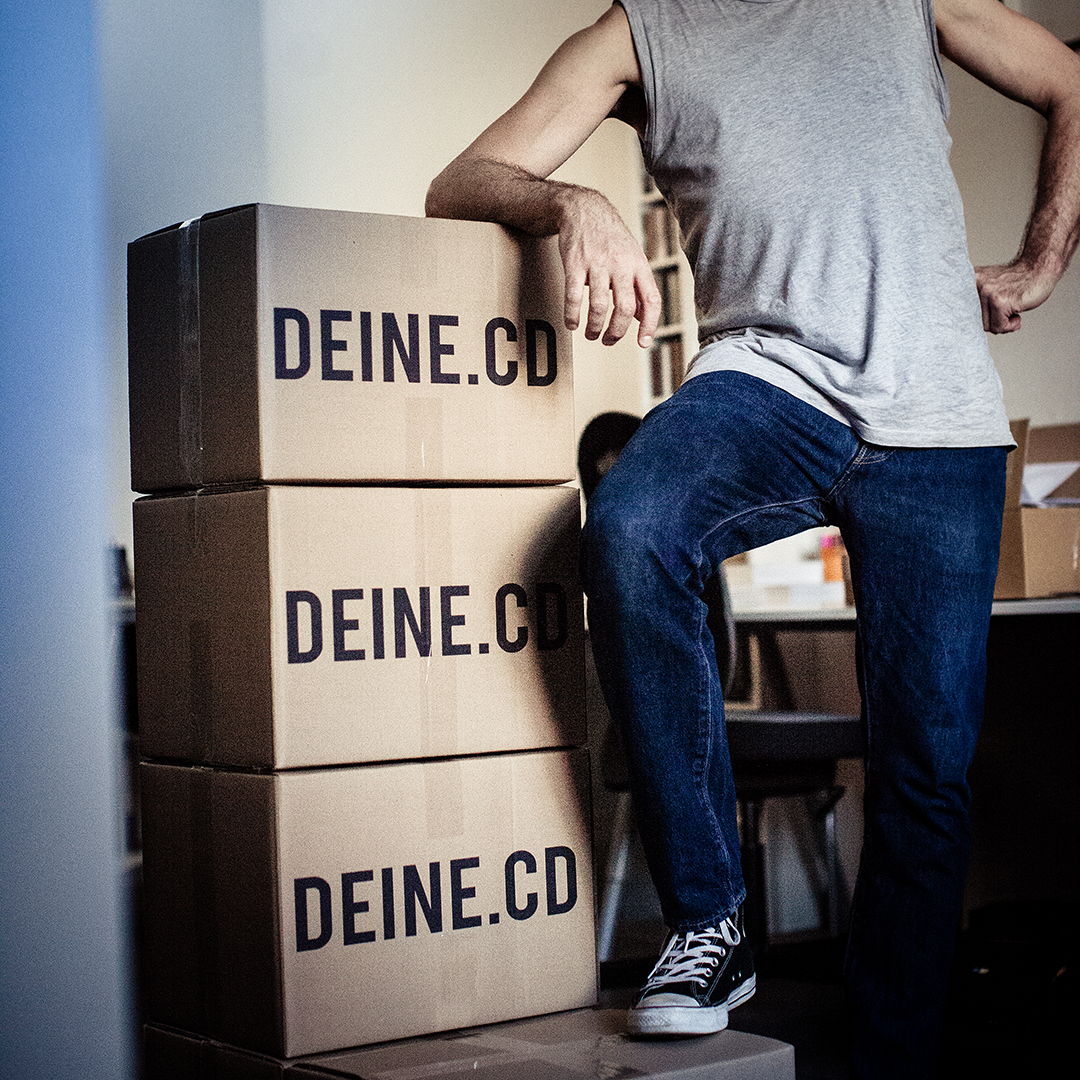